On June 10th, Homes for All ( a campaign of the Right to the City Alliance) will launch a national people policy’s report entitled- Rise of the Renter Nation: Solutions to the Housing Affordability Crisis. In this report, grassroots organizations detail a 5 pillar approach to policy solutions to the ongoing housing crisis in America: Ensure affordability, Improve Quality and Health Standards, Full Accessibility, Stability and Permanence and Community Control. Eleven actions will be held in 11 cities across the country reflecting the local impact and offering solutions to the housing crisis, gentrification and affordability connected to the findings in the national report. 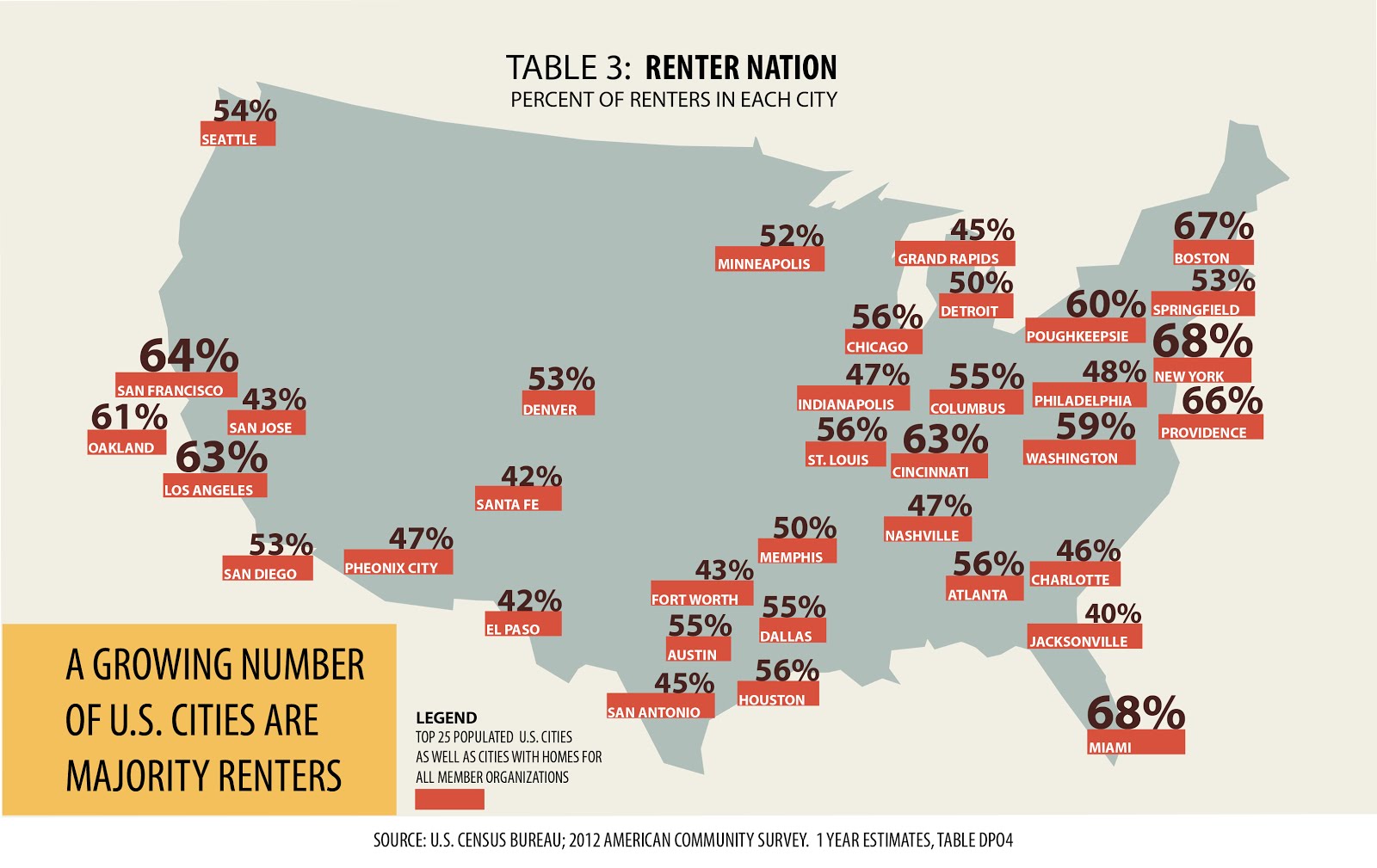 Gentrification and affordability of housing remain at crisis levels in the U.S.. Rents are soaring and it is a struggle to pay for basic expenses like food, healthcare,and childcare.   Through our actions across the country,  the Homes for All Campaign is demanding – immediate funding to the National Housing Trust Fund by the Federal Housing and Finance Agency at the federal level and the passage of Renter’s Bill of Rights legislation in cities, that are in compliance with solutions outlined in the report. GET FREE EXECUTIVE SUMMARY HERE

The vast majority of the net increase in renters over the next decade will be people of color, with Latinos alone accounting for more than half of the total.

Housing accessibility is a major concern for LGBTQ populations. LGBTQ youth are more likely to be homeless than the general youth population and, once homeless, are at higher risk for victimization and mental health problems.[i] Homeless LGBTQ youth are also more likely to be poor and to be people of color.[ii] A national study of discrimination against transgender and gender non-conforming people, for example found evidence of major barriers to safe and secure housing. Only 32 percent of respondents were homeowners, half the rate of the general population, and 42 percent reported being renters. LGBTQ renters were concentrated in income groups between $10,000 and $50,000 annually. Nineteen percent of respondents in the study reported being denied a home or apartment because they were transgender or gender non-conforming, and 11 percent reported being evicted for this reason.